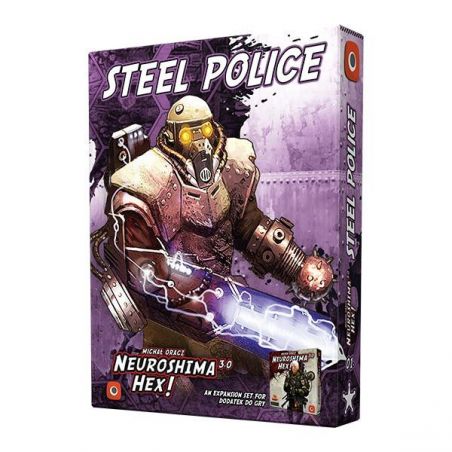 The Steel Police is a wandering brigade of law and order fanatics, clad in pre-war, experimental power armor. Chemicals applied by the armor and cybernetic enhancements increase the organism’s abilities at the expense of the psyche – Steel Police officers will automatically respond to anything the program identifies as threat or crime. They appear out of nowhere and pacify the area amid the roar of explosions and gunfire.

Unblemished lawfulness worthy of the automatic machine quickly makes the people of redeemed lands yearn for the old chaos and anarchy.

Neuroshima Hex! Steel Police is the first army pack, part of a series of mini game expansions containing one Neuroshima Hex army. The army's author in none other than the game's author – Micha? Oracz. The Steel Police army pack introduces a new ability in a Neuroshima Hex line. It is called Reflection. Reflection protects the army unit from all attacks directed at its side marked with Reflection icon. Such attack is reflected in the opposite direction for a distance of one field and hits an enemy tile (Unit, HQ or Module) if it stands on an adjacent field on the line of attack. Reflected attack doesn't harm Steel Police tiles. 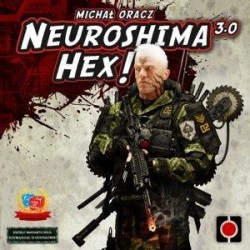 Neuroshima Hex! is a strategy game set in the post-apocalyptic world of Neuroshima, a Polish role-playing game. Each player leads one of four armies: Borgo, Hegemonia (Hegemony), Moloch, and Posterunek (Outpost). Each army deck consists of 34 tiles: soldiers, support tiles, and special actions. You win when all enemy headquarters are destroyed or when...
€39.99 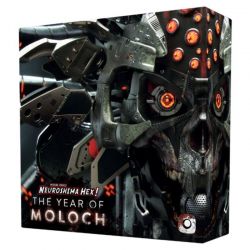 Neuroshima Hex! is a strategy game set in the post-apocalyptic world of Neuroshima, a Polish role-playing game. Each player leads one of four armies: Borgo, Hegemonia (Hegemony), Moloch, and Posterunek (Outpost). Each army deck consists of 34 tiles: soldiers, support tiles, and special actions. You win when all enemy headquarters are destroyed or when...
€89.95 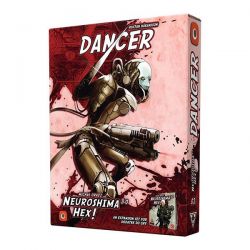 The Moloch attack on Omega had unforeseen consequences: Damage to the facility set three strange creatures free. They are the product of a secret genetic research project, code named &quot;Dancer&quot;. Now, half-mad and with no control over their instincts, creatures begin fighting for survival in the post-apocaliptic wasteland. The Dancer is a...
€8.50 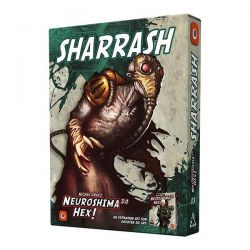 Sharrash is a mysterious and well-organized community of mutant rats endowed with inhuman intelligence. They live underground, in tunnels and canals of the destroyed cities, along with degenerate humans and mutants who serve the Sharrash. They do not allow strangers anywhere near them and fiercely defend their nests, and their fighters will not hesitate...
€8.50 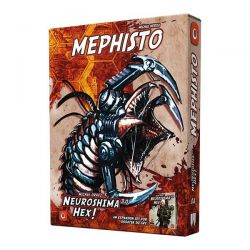 Anomalies originating from radioactive bomb craters gave birth to monstrosities of which even pre-war scientists hadn&rsquo;t dreamed. Mephisto is a giant maggot, a unique synthesis of flesh and steel, which can even threaten well-armed expeditionary forces. Contaminated craters seem tempting as a shortcut or a reservoir of valuable resources; most...
€8.50 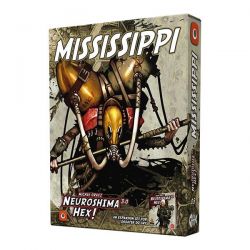 In 2050, the Mississippi River is toxic sewage draining directly from the interior of Moloch. The river and its vicinity hidden in poisonous fumes are known as the Belt of Death or seedbed of mutants. Warriors of the Mississippi, clad in coats and gas masks, diffuse the worst of the diseases and poisons. They are literally immune to everything....
€8.50 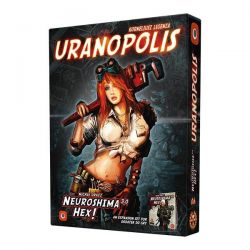 Pre-war uranium mines with a hidden underground equipment and crews managed to survive the apocalypse and are still extracting valuable uranium. Over the following decades, many of the heavy mining machinery were transformed into deadly weapons and sent to defend the underground fortresses. This way a new town was founded. Uranopolis - a rich mining...
€8.50 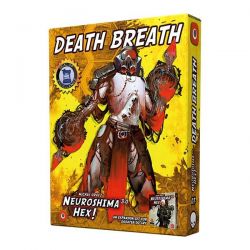 The Death Breath is a terrifying virus which began spreading forth from the eastern enclaves of the Moloch. It infects every living thing, changing them into brainless, bloodthirsty beasts. Victims of these attacks become infected with the virus, and so it spreads. So far, the most effective way of dealing with the infected are strong ammunition,...
€8.50 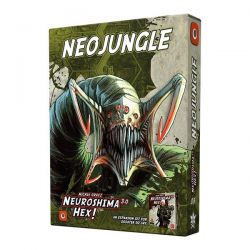 When survivors of humanity started to get up from their knees after the destructive war, when they were looking in fear to the North at the terrain occupied by robots, in the South a new threatening force was born, a force as strong as Moloch but not as dynamic. Slowly but surely an overwhelming mutated jungle started to grow. It was driven by an...
€8.50 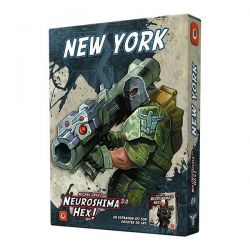 New York didn't collapse. Destroyed by atomic bombs, transformed into a fortress among the ruins, it still fights in the defense of the ideals of Free America. So far it has become a capital of the small state of the same name and has start a crusade to restore the human world. At the same time it has usurped the role of guiding the nation and removed...
€8.50 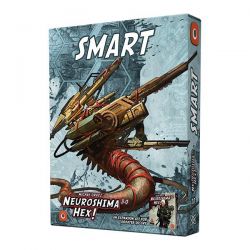 Smart is a part of Moloch, which has reached the southern part of the continent, where after fights with humans it was cut off from its origin and found sanctuary deep inside the Neojungle. It resembles Moloch less and less with every passing day. Smart has completely disregarded the directives that have so far been followed by Moloch's electronic...
€8.50 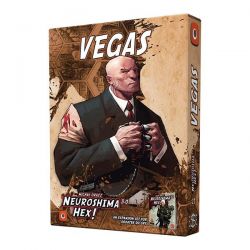 Vegas felt the effects of the war to a lesser extent than the majority of US cities and is one of a few surviving civilization centers, where you can live a higher life standard than in most parts of the ruined continent. Vegas has also become villains' Mecca, a place where they caught the scent of money making possibilities. Everyone knows today that...
€8.50 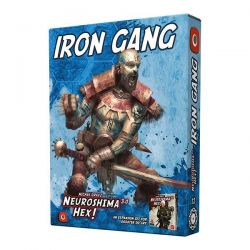 Engines roar through the night sky as you see clouds of dust coming your way. Hot tires screech across the road as hundreds of riders wreck havoc to anything on their path. They are followed by heavily armored warriors, intimidating everyone with a cacophony of metallic sounds made by their chains, net launchers, and other weapons of post apocalyptic...
€8.50 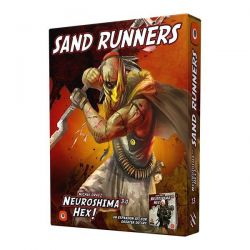 Sand Runners are the remaining forces that were once sent to face Moloch at the very beginning... A bunch of nut-cases who lost their minds during that time. They&rsquo;re loose cannons with a light approach to their life, but don&rsquo;t let that fool you, they are persistent. Some may think - well, but that&rsquo;s all? The very moment people believe...
€8.50 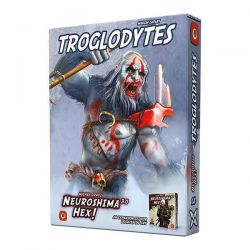 Faction expansion to Neuroshima Hex! 3.0 containing Troglodytes with brand new mechanics and fresh challenges. This new army comes with a big amount of fighting units and Battle tiles. Troglodytes easily adapt to the situation on the board. By cannibalizing their own units, they earn Satiety markers. Those with Greater Satiety can inflict more wounds,...
€8.50 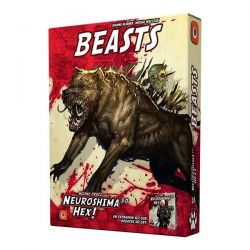 Neuroshima Hex: Beasts is a new faction expansion to the best-selling Portal Games evergreen title Neuroshima Hex. The new army represents various animal species that survived Moloch&rsquo;s attack. These beasts are fierce, and they have but a single goal: to protect their territory. They spare no one, including their own. The expansion introduces a new...
€8.50