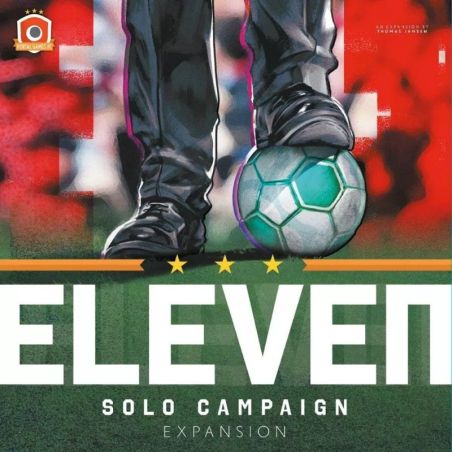 A big solo campaign consisting of 8 scenarios tied together by an overarching story. Play a series of games throughout several seasons with the goal of reaching the big league. Whatever happens in one scenario may influence the scenarios that follow.
This expansion adds 36 Solo cards that affect gameplay and your progress in the campaign, as well as 14 new cards for the multiplayer mode including new Objective, Director, and Board Meeting cards, increasing the overall variability in the base game. 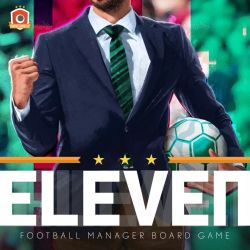 Eleven &mdash; the number of players you have on the pitch at any given time, with those players making all the difference between being the best team and the worst. But every team knows that to be the best in the league it takes a lot more than players; it also takes an incredible manager.<br/><br/>Eleven: Football Manager Board Game is an economic...
€49.99 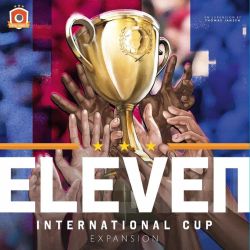 Do you have what it takes to play in the league on weekends and in the International Cup on Wednesdays?<br/> The International Cup expansion introduces a single-elimination tournament board where winning each match is of utmost importance.<br/> It also adds 14 International teams and 50 new cards, including Board Meeting cards showing International...
€19.99 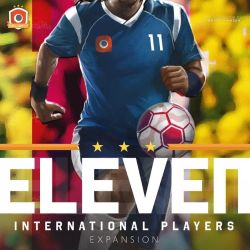 A set of Player cards dedicated to advanced play, and a new Travel mechanic.<br/><br/>An expansion introducing new Players with interesting abilities and showing the wonderful diversity of football around the globe, and a new Travel mechanic.<br/> New Players and Tactics from around the world<br/>Discover 45 new Player cards representing 45 different...
€19.99 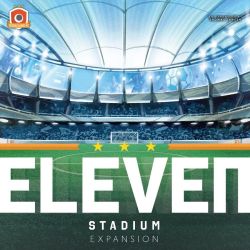 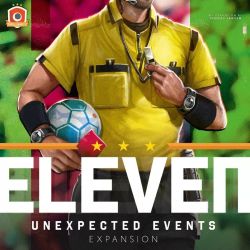 This expansion adds two new mechanics: Breaking News cards which trigger the keywords you can find on Player cards and the Reputation track, as well as 14 new Board Meeting cards.<br/> Breaking News<br/>During Matchday read a Breaking News card with the press coverage of your match to see if any of your Players&rsquo; keywords are mentioned. This may...
€19.99