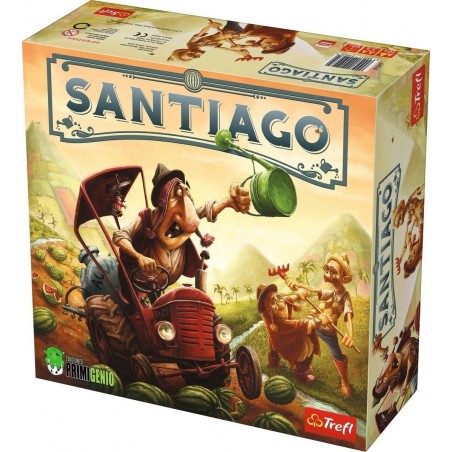 Santiago is about cultivating and watering fields. To accomplish this, a number of tiles denoting various plantation types come into the game each round. The tiles are auctioned off such that each player gets one, and the tiles are then placed onto the game board along with an ownership marker that also indicates how plentiful the tile's yield will be. Whoever bid the lowest in each round gets to be the canal overseer and decides where a canal will be built that round. The other players may make suggestions to help the canal overseer decide, and back up their suggestions with money. The final decision is always wholly up to the overseer, though.

At the end of each round, players determine what the water supply situation looks like. Should a plantation not be sufficiently watered, its production drops dramatically; should it happen more than once, then that plantation may revert to fallow ground. At game's end, naturally only the cultivated land counts. Each plantation is counted according to type – the bigger the better. But since the ownership markers play a role as well, the same plantation can give drastically different points for different players. 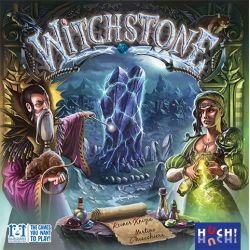 As established representatives of your guild, you gather around an ancient sacred stone, the significance and magical powers of which are known to adepts only. Each player occupies one of the four towers around the Witchstone and starts from there. Create your magic spells with the help of your cauldron, and put a network of magic energy around the...
€49.95 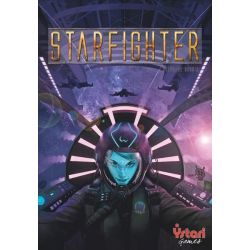 Starfighter is a two-player-only game of space combat in which each player tries to assemble card combinations that deliver effective attacks on the opponent.<br/><br/>The original feature of the game is the fact that an effect will be triggered every time it becomes visible, that is, either when a player plays the card or when the effect icon becomes...
€29.95 Save 60%
€11.98

The Mandala: the symbol of an ancient and sacred ritual. Colored sand is laid to create a symbolic map of the world before the pattern is ceremonially destroyed and the sand cast into the river.<br/><br/>In the two-player game Mandala, you are trying to score more than your opponent by collecting valuable cards &mdash; but you won't know which cards are...
€29.95 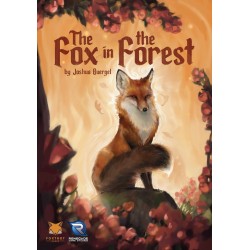 The Fox in the Forest

The Fox in the Forest 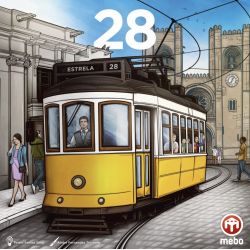 Lisbon Tram 28 is a game in which you travel through Lisbon with this iconic tram, pick up passengers, and take them to visit some of the city's monuments.<br/><br/>Handle your tickets strategically so that you can move your tram around Lisbon's historical area. Set the best route so you can get the right passengers to the most valuable monuments....
€34.95 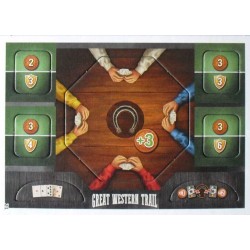 <p>Brettspiel Adventskalender 2018 Promo.<br /><br />Setup:<br />Set the game up as usual.<br />Afterward, place the poker table next to the game and leave some room around it.<br />Depending on the player count, take the bonus markers shown below and stack them in one corner of the poker table in ascending order so that the 6-point bonus marker lies on...
€14.99 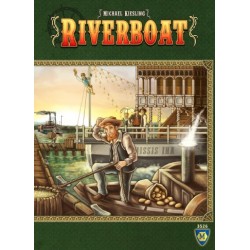 Riverboat posits each player as the owner of a 19th century farm on the bank of the Mississippi River. You need to organize your workers to ensure that the fields are ordered according to their type and harvested when ready so that the goods can be shipped to New Orleans.<br/><br/>In more detail, the game lasts four rounds, and at the start of each...
€54.95 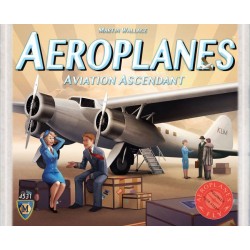 Game description from the publisher:<br/><br/>Aeroplanes: Aviation Ascendant explores the dawn of commercial aviation, an exciting era between 1919 and 1939. Experience the difficulties and triumphs of commercial airlines in Europe, pioneering airports and service in continental Europe and around the world!<br/><br/>Aviation spurred the growth of...
€39.99