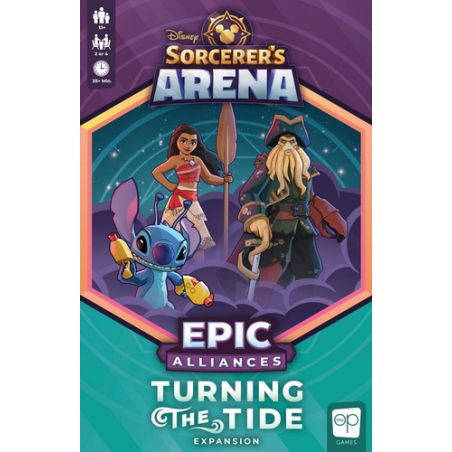 An order that contains at least one "Pre-Order" item will only be sent when it is complete, because only one shipment is included.

Take your combat skills in Disney Sorcerer’s Arena: Epic Alliances to all-new levels with the Turning the Tide expansion pack!

Davy Jones, Moana, and Stitch bring new attacks and abilities true to their characters that will change the course of the Arena’s already epic battles. Disney Sorcerer’s Arena: Epic Alliances is the ultimate PvP tabletop game for Disney and Pixar fans and gamers where players can build teams out of Disney and Pixar heroes and villains and compete in an expandable, learn-as-you-go battle arena game.

In Disney Sorcerer's Arena: Epic Alliances, you'll Recruit from a battle-ready roster of Disney and Pixar heroes and villains then combine the cards for your characters into a single deck.

You take turns playing standard actions and cards from your hand to move your characters and attack opponents. If you knock out rival characters or occupy certain spaces near the center of the arena until your next turn, you score points.

When a player reaches 20 points or runs out of cards in their deck, the game ends at the conclusion of that round, and whoever has the most points wins. 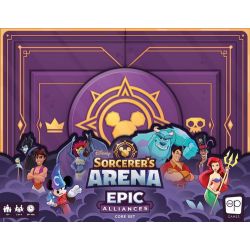