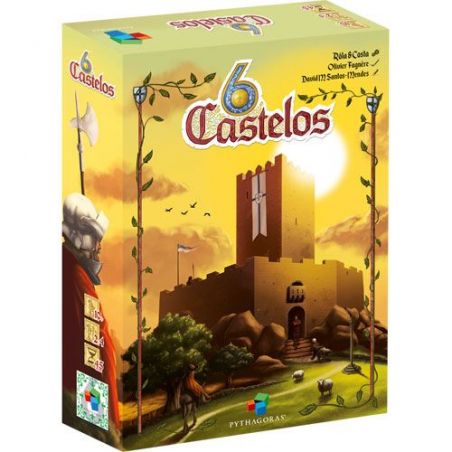 In the XII century, during the territory reconquest, small kingdoms are formed in the Iberian Peninsula, which will continue to fight among themselves in the following centuries. In the West, bordering the Atlantic Ocean, a new country is born – Portugal. The first Portuguese kings strongly invest their efforts and scarce resources in the expansion of the territory towards South, while organizing the defense of these new borders. Castles are built and land-use contracts are given to small villages that grow bigger and gain more importance in these parts of the country.

Where today exists in the County of Idanha-a-Nova a line with six castles which was formed to help in the defence of the Country and maintain distance from the kingdom of Leon. This line of Castles enabled the growth of a region that since the time of the Roman presence had an enormous importance in the interior of the peninsula.

In 6 Castelos, 2 to 4 players are representatives of the king seeking to promote agriculture, free trade, religious faith and wealth for the nobles of the kingdom.

Note: Solo rules are available online but do not come in the game box. 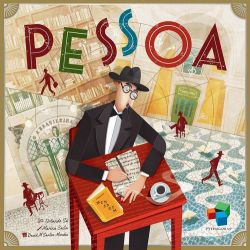 Fernando Pessoa (13 June 1888 - 30 November 1935) was a Portuguese poet, writer, literary critic, translator, publisher, and philosopher and has been described as one of the most significant literary figures of the 20th century and one of the greatest poets of all times. Pessoa was a prolific writer &mdash; and not only under his own name because he...
€29.95 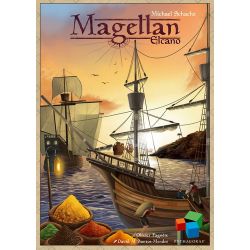 September 20, 1519: The activity on the deck is frantic. Sailors run from side to side, loading the final batch of supplies. On the royal stand in the harbor, the preparation is intense. The King has arrived to watch the fleet set sail: five mighty ships, commanded by five shrewd captains whose intelligence will be put to the test in the years to come....
€12.95 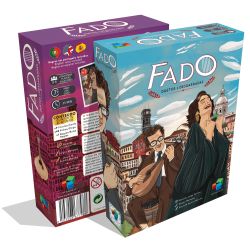 &ldquo;The Great Day of Fado&rdquo; is coming.<br/><br/>There is no memory of such an event, thousands of tourists and fado lovers from all corners of the world are expected. Managers from all over the country are working on the organization of the event. From north to south of Portugal, one, two and even three shows are planned simultaneously. It will...
€12.95 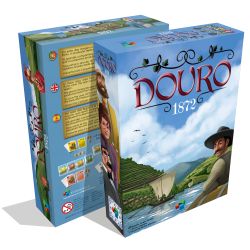 The chaos is installed at the mouth of the Douro, there is no space on the wharf to dock more ships. In these days, ships from around the world arrive at the Douro River to load the annual Porto wine orders. However, phylloxera decimated the vines, and this year's production is scarce. The Douro Valley is dressed in black and the big companies do not...
€12.95 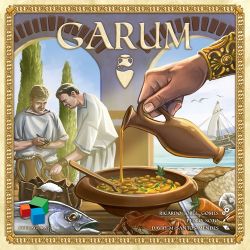 Garum was a fermented fish sauce used as a condiment in the old ages; its manufacture and export was an element of prosperity and perhaps an impetus for the Roman penetration of Lusitanian and Hispanian coastal regions.<br/><br/>Garum from today&rsquo;s Portugal and Spain was highly prized in Rome and has now inpired a versatile strategy boardgame for...
€24.95 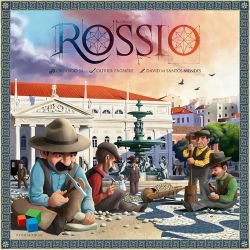 The Portuguese King has called the finest stonemasons of the country to pave one of the most important squares with cal&ccedil;ada tiles (worldwide famous black and white tiles that pave several squares in Portugal). But the task is enormous and players will have to count with the aid of helper cards who will help them score points and/or collect...
€29.95