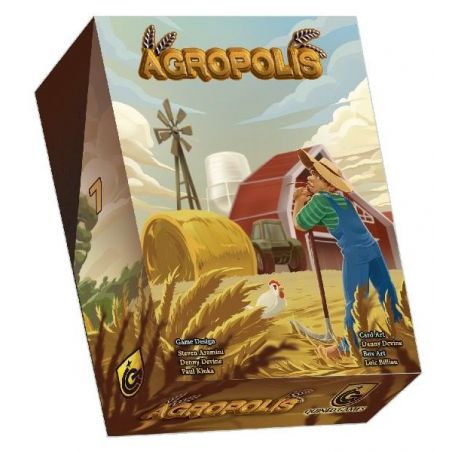 From clucking chickens to rumbling tractors, the sounds of a bustling farm are everywhere. It's up to your team of planners to turn this little farm into a flourishing ranching community!


Having developed dream cities in Sprawlopolis, it's now time to set your sights on the rolling countryside, where farm, ranches, and roads intermingle master plan, as ever, seems just out of reach.

Agropolis is a stand-alone expansion to Sprawlopolis, bringing the same card-laying, variable-scoring gameplay into a new setting: city blocks give way to orchards, wheat fields, livestock pens, and vineyards. As before, players draw three goal cards and then attempt to place cards one at a time to create a rural tableau that best satisfies those goals. New gameplay features help offset overly-powerful scoring combos and layer additional attributes onto certain types of terrain, providing even greater depth of gameplay without sacrificing the original's signature elegance.

Agropolis can be played entirely on its own, but it can also combined with Sprawlopolis using special rules and goal cards provided in the Combopolis mini-expansion. 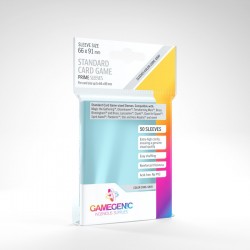 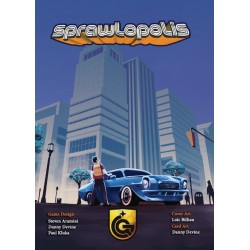 <p>Jackhammers chattering, trucks beeping, engines roaring, the sounds of construction are everywhere. Sprawlopolis is growing and YOU are in charge of it all. The last team of planners couldn't cut it, so the city turned to your team, the best of the best. If anyone can turn this tiny town into a thriving civic center it's you.<br /><br />In...
€11.95 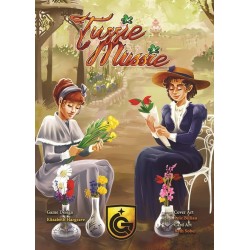 Co-Winner of the GenCan't Design Contest.<br/><br/>Tussie-Mussie is based on a Victorian fad that assigned meanings to the flowers that friends and lovers exchanged.<br/><br/>Featuring I-Divide-You-Choose drafting, this microgame of 18 cards is played over three rounds. In turn, players look at the top two cards of the deck, then offer them, one face-up...
€10.95 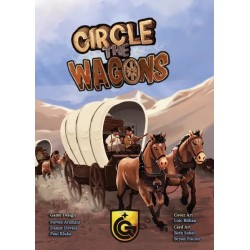 Each player in Circle the Wagons is fixin' to build up their own boomtown, but only one'll build the best in the West!<br/><br/>Blaze a trail by draftin' cards 'round the circle and placin' 'em in yer town, tryin' to connect matchin' territories to score prosperity points! But don't forget about them three bonus cards in the center of the circle that...
€11.99 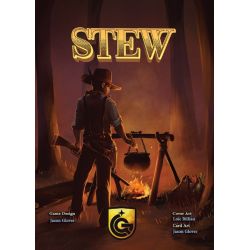 Stew is a press-your-luck, partial knowledge game. You and your fellow players take on the role of a farmer collecting items from the garden to make a stew. There are six vermin that want to eat your stew before you do. Draw a card and add it to your stew or feed some of the vermin to protect your pot. Make sure you do not wait too long, or your fellow...
€10.95 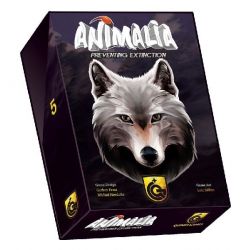 You are a team of researchers working for the Institute for Wildlife Conservation (IWC), and you are ready to go to the ends of the earth to halt the extinction of various species. As representatives of the IWC, you will go on missions to research and protect endangered fauna. Each mission revolves around a specific animal, including the collection of...
€11.99 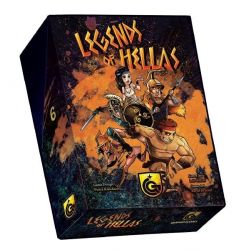 Legends of Hellas is a co-operative game in which players act as heroes trying to defeat mythological monsters. Unlike many other cooperative games, players cannot see each other&rsquo;s cards. On top, they are not allowed to communicate with each other to provide hints about the cards they hold. Over the course of 1 to 12 missions, between 1 and 5...
€11.99 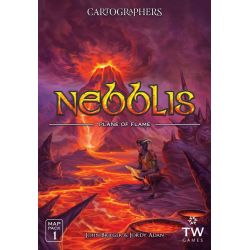 It is rumored that the forges of the ancient dwarves were connected by magic to the great volcano Astmork. As a royal cartographer, you are eager to see for yourself. Now, you stand before a mountain that belches flame into the smoke-blacked sky of another world. This map could be the key to great fame and glory if you can avoid the rivers of molten...
€9.95 Save 30%
€6.97 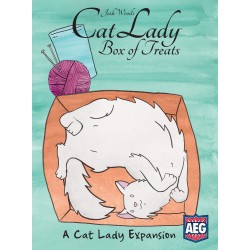 New challenges await you and your fellow cat lovers in Cat Lady: Box of Treats.<br/><br/>You need your base game to play, but now you get to manage new items, boxes, and cat treats! Plus there's even more cats to feed with the addition of new stray cats and gray cats! Box of Treats also expands the game to be played with up to six players, so now...
€21.99 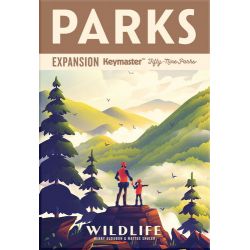 Expand the award-winning game Parks with Parks: Wildlife! Grab your binoculars and prepare for even more animal sightings at Iconic Wildlife Parks, featuring all-new artwork from Tom Whalen and the Fifty-Nine Parks Print Series, and the newest national park addition, New River Gorge. This expansion is the MORE expansion. Get ready for new trail sites,...
€21.99 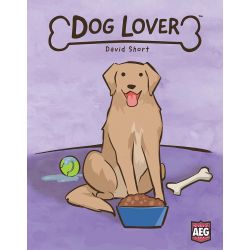 In Dog Lover, you fetch cards, collect bones, and gather food for your lovable dogs. You rescue them from the shelter, train them on new tricks, and cherish their unique traits. The player who takes care of their beloved dogs best will score the most victory points and win!<br/><br/>In more detail, you start the game with a random dog card &mdash; which...
€25.99 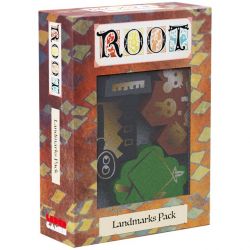 Bring the Root Woodland to life with landmarks! Landmarks add unique powers to their clearings and can be added to games with any player count.<br/><br/>The Landmark Pack includes four screen-printed wood landmarks:<br/>Barter for anything you need at the Black Market.<br/>Find new friends and followers in the Lost City.<br/>Craft a masterwork at the...
€11.99 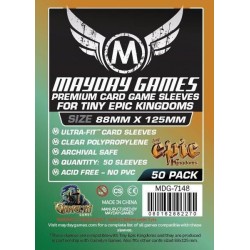 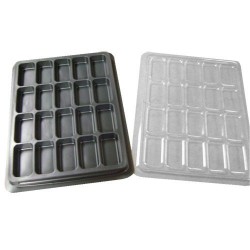